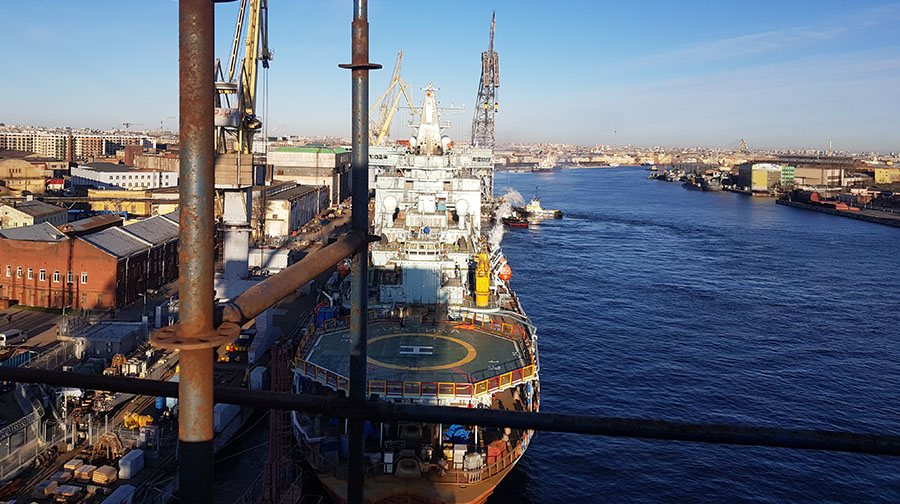 During the visit to Baltic Shipyard, JSC, the members of delegation have attended «Siberia» ice-breaker, being under construction, and got detailed information about the project realization progress. Also they found out more about production of electric installation works and piping installation jobs, and inspected the equipment, mounted on the vessel.